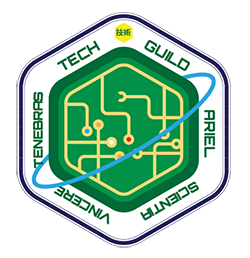 One of the largest and most productive of the Guilds, the Tech Guild encompasses many different professions, from mechanical and engineering to communications, medicine, and infrastructure.

A high degree of intelligence characterizes the Guild membership, and some will even exhibit an intuitive understanding of technology.

While the Guild’s official stance is to advance human society as a whole, there are some who whisper that technology can be twisted to control and mislead the populace.


Motto: Scientia Vincere Tenebras – Science Defeats the Darkness – invoking more than mere Science, this motto refers to the deeper sum of human knowledge deployed in the cause of defeating ignorance.

Symbolism: The hexagonal shape of the shield invokes the ancient study of geometry and mathematics, while the green center represents the very beginnings of technology on Earth-That-Was, from the prehistoric use of simple tools to the birth of computers. The five colored dots each represent one of the five systems within the ‘Verse.

Location: Ariel – White Sun. A shining example of the extremely civilized Central planets, Ariel boasts one of the highest concentrations of technological innovation and scientific knowledge in the ‘Verse.


Whether you adorn your flight suit, your workaday overalls, or simply a favorite jacket or bag, show your Tech pride with this gorgeous patch. 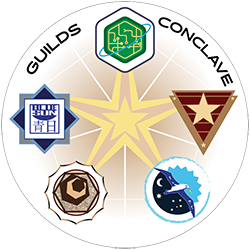